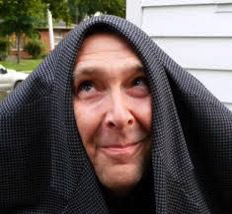 Terry Eagleton, Marxist critic and spry raconteur once wrote the United Nations should pass a resolution calling on space aliens to abduct a more representative swath of humankind than just the Americans. Reading this caused me to remember a time in the mid 1980’s when my sister, four years younger than I, took up the subject of aliens and human experimentation with earnestness and true belief. We had one of those convos you really can’t believe is happening and I experienced the Kubler-Ross stages—denial, bargaining, et. al. for she believed it was only a matter of time before she would be lifted from the planet and medicated aboard a space ship.

I spent the weeks following trying to figure out what was going on—my sister was a smart woman. What was she afraid of? One knows the readers of Bram Stoker’s Dracula feared barbarians from the caucuses and the middle east. Maybe my sister and others like her were afraid of globalization? Chernobyl had just happened. Or her vision was less a nightmare and more a wish? The UFO as impending nursing home? Jung speculated in the late 1950’s that flying saucers represent the psyche’s wish for wholeness. For Jung they were flying mandalas, spiritual signs. We all need mythologies.

But Jung didn’t foresee the Dr. Mengele aspect of alien fantasy. This was harder to get at. “Occam’s Razor,” I thought. My sister and I grew up in a very dysfunctional house—our mother was a violent alcoholic. Abduction by sinister aliens was, of course, a sinister fantasy about returning home where ugly mama had knives. A far better analysis than Jung’s I thought. Moreover the prevalence of broken and vicious family histories in the US helps to explain the collective nature of the fantasy. It also explains our fixation with fundamentalist churches. “I once was lost, but now I’m found…”

Yes America is essentially a nation of hyper-vigilant orphans. HVO’s explain the UFO’s. I’m glad to have cleared this up for myself. I feel better. “Help,” as Kurt Vonnegut said, “is not on the way…”