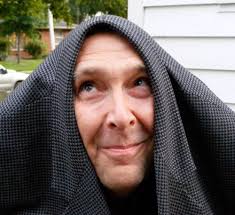 I don’t like Smokey the Bear. I’ve already written about it. He’s a slick defier of logic. Children are powerless to prevent forest fires and telling kids they’ve a singular moral responsibility fo forestall contagion is the kind of cartoon horse shit Americans are forced to grow up with.

Meanwhile the forests are being systematically cut down by Weyerhaeuser and fried by acid rain from “clean coal”—a phrase I’m sure Smokey the Bear would approve.

Now you will say: “But Kuusisto, is it Smokey the Bear you don’t like, or is it the fatuous, bloated, running dogs of the bourgeoisie who created him who you dislike?”

Of course I dislike Madison Avenue. But it’s the cartoon Bear I hate. He’s the kind of anthropomorphic dungaree wearing shovel toting ranger hat wearing dingus who will pick your pockets if you’re not careful. He’s out to mess with your conscience. He wants you to feel responsible when bad things happen in nature.

Only you can prevent hurricanes.

Only you can prevent global warming.

He’s anti-democratic and the purveyor of superstition.

Thomas Jefferson would have despised Smokey the Bear.

Because when you make a woman who’s survived sexual abuse stand alone before a room fool of smug, pink, hostile men on Capitol Hill, you’re saying, “only you can prevent sexual assault”—the American social lie…the idea that the culture isn’t responsible, only you, only you.

This is the Smokey the Bear Social Lie Complex.

The corridors of power depend on this.

One thought on “More About Hating Smokey the Bear”