Forbearance is the girl who loves chemistry and owns Carl Jung’s dictionary of alchemical symbols. She’ll turn shit into souffles when she has to. 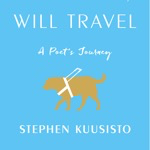 I’ve learned to ask questions of myself during “the pandemic” as we call it though I prefer “the time of anger and courage” hearkening to Augustine’s maxim: “Hope has two beautiful daughters; their names are Anger and Courage. Anger at the way things are, and Courage to see that they do not remain as they are.”

One principal self-directed question concerns my vanity though it’s not framed as a matter of sin. Blind as I am I’ve been told I don’t belong from kindergarten to faculty lounges. Vanity ain’t narcissism if you’re a cripple. It’s the third daughter Augustine forgot. She’s called Forbearance which is a lumbering and graceless name but nevertheless she knows more about her sisters than most.

She’s lately asked me questions as I sit alone and ruminate about being 65 years old and still watching my disabled peers struggle for what we call “inclusion” and which I call citizenship. An aside: if you’re blind and can’t get a driver’s license you can get a state issued I.D. that resembles it at the motor vehicle department. The average motor vehicle department in America is located beyond the reach of our meager public transportation systems. Maybe you can afford a taxi or Uber but given the 80 per cent unemployment rate for blind folks maybe you can’t. Without the plastic card your citizenship is in question. Inclusion is to citizenship as the lightning bug is to lightning.

We disabled live between Anger and Courage as the middle daughter, the one who says “get on with it” and then stirs whatever is in the elastic retort. Forbearance is the girl who loves chemistry and owns Carl Jung’s dictionary of alchemical symbols. She’ll turn shit into souffles when she has to.

But her middle name is Vanity.

(My vote is still out as to her last name but I’d like to think its Grace.)

I belong in this room. I matter. This is more than stamina. I belong genuinely. The disabled belong without question.

Resistance takes clarity, faith, energy, spirit, and a never retreat intelligence. Black Lives Matter depends on this as do all human rights struggles.

Yet sitting in solitude I’m aware I sometimes react too viscerally to the world, insist others are wrong, see ableism where it may not exist–this broken gate wasn’t designed as a slap at the disabled–it’s just broken. As the poet David Ignatow once wrote:

“I should be content
to look at a mountain
for what it is
and not as a comment on my life.”

Vanity is, in my case, an overripe insistence on my victimization. This is an American problem and its larger than my small orbit. The disabled are in fact treated horrifically and that’s not debatable but the overripeness I’m describing is a matter for some reflection–at least for me.

Ignatow’s poem depends upon the word “content” and therefore we must assume he’s a man of some privilege. He can let go of his mountain envy. I live in a world that’s not accepting of the blind and built environments are nearly always exclusionary. Try getting through an airport screening process with a guide dog sometime.

I am allowed to be angry. I’m called upon quite often to have courage. Crossing a Manhattan street at rush hour when blind is in fact an act of courage even though the disability community winces at such language.

Now I see that I haven’t been good with the side effects of persistence. My Forbearance becomes Vanity. I’m willing to pound the table, assume “the system” is against me when sometimes it isn’t.

But sometimes it really isn’t.

All successful spiritual lives demand an engagement with Mr. and Mrs. Vanity.

There’s much to be angry about.

It pisses me off no end that the Democratic National Convention just now concluded had nothing to say about disability.

It pisses me off that the disabled are ten times more likely to die than others during this pandemic.

There are many rages.

It’s the inauthentic rage I’m trying to figure out.

In my recently published memoir “Have Dog, Will Travel: A Poet’s Journey” I wrote about an incident I experienced in New York City shortly after getting my first guide dog, a sturdy yellow Labrador named Corky. In this scene I aim at comprehending inauthentic rage and changing it:

“I walked into a large computer store on Sixth Avenue. I wanted to purchase a laptop. As we pushed through the door a security guard put his hand on my chest. “You no come in, no dog,” he said.

I pressed forward and the guard stepped back. “Stop! Stop!” he shouted and waved his arms. Customers stared. My civil rights and the security guard’s dignity were equally delicate. I didn’t know where the guard came from, but his accent sounded East African. How could he possibly know anything about guide dogs? The store’s manager hadn’t given him information. All he knew was “no dogs allowed,” and there I was with a big-assed dog. As we stood in the doorway I figured it would be my job to foster dignity for both of us. They hadn’t taught me this at Guiding Eyes; they’d given me a booklet with access laws—a useful thing—I had the right to go anywhere the public went—but no one had mentioned emotional intelligence or how to engage in public mediation.

I made Corky sit. “Listen,” I said, softly, “get the manager. This will be okay. This is a special dog for the blind. I wanted to turn our misunderstanding into something respectful.

The manager was one of those guys you see all the time in big-city stores: sadder than his customers, red-faced and put-upon. He had a scoured toughness. He approached and began shouting at the guard. “It’s a seeing-eye dog for God’s sake! Let him in! Sorry, sorry!”

My fight-or-flee rush was subsiding—I wanted all three of us to experience kindness.

I was in a Manhattan electronics store and dignity was in peril. It would have been easy to say “Fuck it” and look out for myself alone. I’d gotten into the store. I was angry. I could have pitched a fit. But I didn’t feel like doing that. The guard’s name was Ekwueme. My name was Stephen. The manager’s name was Phil. “Listen,” I said, “dogs for the blind are not common, you don’t see them every day. This is Corky. She’s very smart.” I let my voice become soft. Ekwueme and Phil both petted Corky. A customer approached, said: “I’ve raised puppies for the guide-dog school! Best dogs in the world!” Phil seemed suddenly pleased, as if he too was philanthropic, or could be someday. Ekwueme admitted he loved dogs.

Outside with a computer under my arm, I reckoned life with Corky was more complex than just a story of freedom. Ekwueme and Phil would become legion in my travels but I didn’t know it yet. What I did know was reflected in a quote I’d always liked from Martin Luther King Jr.: “An individual has not started living until he can rise above the narrow confines of his individualistic concerns to the broader concerns of all humanity.”

I sensed that having a service dog meant something more than honoring my own rights. “Take the first step in faith,” said Dr. King. “You don’t have to see the whole staircase, just take the first step.”

I admit freely I’m not always this good. I share with disability cultural warriors the full recognition that our lives are often at stake. From the medical care system to the streets, from disaster relief to public policing the disabled are ill treated and often threatened.

I do however understand I’m not always able to find the proper musical notation for emotional intelligence and with that failure I can be brittle, self-assured, and wrongheaded. In America this doesn’t make me exceptional. It makes me like everyone else. Maybe that’s what my Vanity is after?