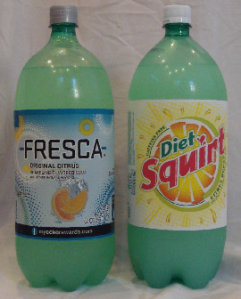 Have you ever been called “second rate” because you have a disability? I have. This has happened over and over again. I recall a professor in graduate school who said that if I needed extra time to complete an assignment because of my blindness, I shouldn’t be in his class. That was in 1984, six years before the adoption of the Americans with Disabilities Act. Even so, the behavior was illegal under Section 504 of the Rehabilitation Act and I pushed back.  First I went to the department chair. He was a crony of the professor in question and accordingly told me that I was a “whiner and a complainer”–that old “ableist” canard, so easy to toss off. Then I went to the Dean who promised action and then did nothing. Finally I hired a local attorney who extracted an apology from the University.

Throughout my adult life I’ve gone to employer after employer only to experience the nominal designation of the “second rate”–my deep need for functioning assistive technology has been repeatedly such an enormous problem at the 4 universities where I’ve taught that I can’t begin to narrate all the indignities, incompetencies, rationalized inattentions, and all around ugly deportments of the bureacracy. “What? You want a computer that talks and works at the same time? By God man! You’re asking for alchemy!” Most recently my request for a laptop running Kurzweil and JAWS took a month and repeated emails to accomplish. And here's the deal: when higher education can't manage a simple accommodation it delivers that old name tag: “second rate”. By not solving the problem the hierarchical dynamics of ableism are a defacto position.

Doing better means achieving something more than assuring the professional and dignified delivery of accommodations for people with disabilities. It requires a vigorous affirmation of the term “nothing about us, without us” and it means demanding full equality and respect for people with disabilities from all the offices of higher education. Unfortunately, as Lennard J. Davis has remarked, there’s a lingering ableism within neo-liberal circles, one that progressive faculty and administrators don’t generally recognize. I agree with Lenny Davis that the failure of higher education to incorporate disability into a broader framework of campus diversity is a good part of the problem. When an institutilon can imagine that people with disabilities are to be accommodated by special segregated offices and that's the whole of the matter, you are simply reaffirming a victorian (small v) assumption that the cripples belong in a special place–certainly they don't belong in the agora.

When academic leadership tackles the implicit systemic inattention to disability equality very good things can happen. Meanwhile, some days, I feel like Fresca as opposed to Sprite.