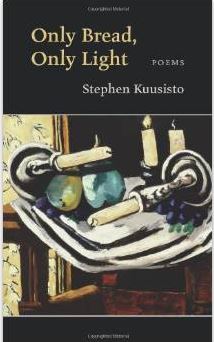 Proleptic. In rhetoric “the anticipation of possible objections in order to answer them in advance.”

The Swedish poet Kristina Lugn writes about the static nature of normalcy with a nod to a subject’s complicity, an irony known to all the disabled I’ve ever known. I’ve always admired these lines:

There are lots of women my age

but force others to do it anyway

even though they’re neither beautiful

nor in any way productive.

Perhaps its not that ridiculous after all

to use vegetable dyes.

Exercise is also good, especially for the brain.

And to express your feelings in ceramics.

that gives the home character.

Something to be proud of.

Prolepsis is a finely countenanced, socially agreeable internalized mode of oppression. All advertising depends on it and most selling in small “c” capitalism is driven by the subject’s anticipation of possible objections to her features. In disability studies we describe our liberation from this neoliberal garden as “crip ecology” recognizing the biopolitics of commodified abjection and acknowledging the role of theory as the means to freedom.

Proleptic. Definition Two. “The use of a descriptive word in anticipation of its becoming applicable.”

Something to be proud of.

Traveling blind is a performance both within normative subventions of assistance and outside cultural denotations of helplessness. All blind travel, taken as showing, is proleptic, both anticipating and answering implicit objections to the concept of blind independence in the very process of navigation. Accordingly the polysemous tropes of blind travel always pertain to the incitement and enactment of art while walking.

I believe one may say this for all disability movement—wheel chair dancing, simply using a wheel chair. Entering public with a motorized scooter. Signing with others at a corner table in Starbucks.

“I do not need your help,” cries the blind man.

“I do not need to be rescued,” cries the wheel chair user who has dropped his briefcase.

One half of the proleptic performance is anticipation. Planning what you will say. Gallop Gallop.

The other 50% is movement itself.

Let’s be clear, movement starts inside of me and you. All the way down inside.

Proleptic. The use of a descriptive movement in advance of its becoming.

All disability motion, every single one, becomes, every day, a new word.

Disability motion is a form of revery. Radical prolepsis. At least half the time.

Shortly after I got my first guide dog, a yellow labrador named Corky, I took a long walk alone with her in New York City.

Before Corky came to me I didn’t have words for revery, moments when softness of thought and wish are everlasting. She pushed her face into mine and “abiding” came to mind. These moments would never stop being. I could always have them.

I do not think Corky healed me. I do believe we became each other. This is the truth behind  service dogs.

Life with a guide offers men and women spiritual sobriety; you’re invited to know yourself better to become someone you’d like; in no small measure because your dog has decided to live with you, work with you, trust you, and be vital with you.

We became more than our respective bodies. I say that’s not healing. Not precisely. Revery was the proper word. We became dreamy together. I dreamt of satisfactions and though I didn’t know her dreams I knew she was pleased with me, and happy to be along for the journey.

She didn’t think she was fixing me. She was a confident dog. She enjoyed her confident man.

Reveries are the product of emotional confidence. In middle French “rever” meant to speak wildly. So there it was. Corky made me a better dreamer, a wild thing to say.

What does this mean a better dreamer? After Corky died I thought hard about it. If revery is a waking dream—a softened reality—then this was the first thing she brought me. She brought it the same way she brought me my shoes each morning. Shoes first, then the glorious day, always half in dog rhythm.

Brian Hare, a canine researcher at Duke University says dogs hijacked the human bonding system. In effect dogs understand us, empathize with us, intuitively read our intentions, and are the closest animals to us in emotional terms. From this comes what I call dog rhythm, a shared revery, a mutual hormonal effect. When living by dog rhythm time is invariably faster or slower than customary human minutes.

It must have been only a month after Corky and I were paired. I was talking to myself rather often “post-dog”—which I imagined meant that happiness was having its way with me.

“Maybe I’m developing a talent for contentment,” I thought. “How often do we have the chance to admit this in our lives?” I thought.

“Be joyful as often as possible,” I said.

Corky and I rode the subway to Coney Island.  It was April and off season, but the famed Boardwalk was a grand place for a brisk walk. It was a blustery weekday in early spring and there were very few people about. We pounded down the wood planks fronting the ocean and I said things about well being softly, the way self-talkers tend to do. Corky had her head up, very high, to scent the Atlantic, and it was safe to imagine she was also thinking about delight.

Aristotle described happiness as “human flourishing” which he said involved activity and exhibiting virtue, and both should be in accord with reason. “Corky,” I said, remembering a day from childhood, “no one can be happy while walking the railing of a bridge…” “There was no reason in my youth,” I said. “And now you’re here and you are my virtue,” I said. I wasn’t sure what this meant. “A dog can’t be my full virtue,” I said. “She can only be the agent of my honor,” I said. “But it’s lovely, Corky, to be walking the boardwalk with you and the ghost of Aristotle,” I said.

A policeman approached and said, “Are you OK?” “He’s seen my lips moving,” I thought. “He probably thinks I’m lost,” I thought.

Could I tell him that happiness was having it’s way with me? Tell him about Aristotle’s sense of “Eudaimonia”—good spirit; a burgeoning; a man and his dog growing wings? Could I say that after years I was seeing my life and the surroundings in which I found myself, finally, as objectively desirable? Would anyone on the street, much less a cop, know what I was feeling? I tried to imagine “joy-with-strangers-day” in New York. Something like the Reggae “Sun Splash” in Jamaica.

“I’m just happy,” I said to the policeman who was taken aback. “That’s a first for me,” he said. “I mean, no one ever says that, even at Coney Island!”

Had I been a self-talker throughout my life? I didn’t think so. In childhood development it’s called “private speech”—kids repeat the words they’re hearing, perhaps as a way to absorb them. “Maybe,” I thought, “I’m having the childhood I should have had.”

One thought on “Disability and Proleptic Imagination”