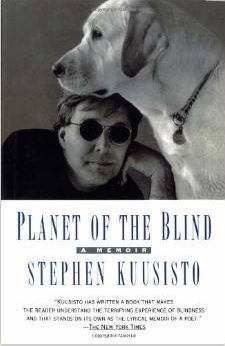 My neighbor is eating good ham. He drives a nice car. He voted for Trump. He’s a stand up guy. Just ask him. He’ll tell you he loves America. In fact he loves it more than you do. You describe problems with the USA. He only sees timeless verities: cowboys and Indians; slaughter on behalf of the railroads; local jobs based on environmental destruction. While the Colorado River basin runs out of water he says global warming is a hoax.

Sleeping he dreams of a wide cushiony bed where no one has sex, it’s a white, protestant cloud if you will.

When he wakes he turns on Fox News and tells himself America is great again because “those people” are getting their comeuppance.

Federico’s film “Hunter in the Blackness: Veterans, Hope, and Recovery” details the experiences of American soldiers—veterans with traumatic brain injury, PTSD, and other poly-traumas. Doug Anderson and Preston Hood, both veterans of the Viet Nam War are featured in the movie alongside vets from America’s involvement in Bosnia, Iraq, and Afghanistan. It is a haunting film. The lack of awareness of civilians is a recurring theme. We send boys and girls to wars while America shops at the mall. When troops return with grievous conditions many Americans don’t want to know.

Last evening, after I bid farewell to my new found friends, I took an Uber home. My driver was a veteran of the war in Iraq. He has PTSD and traumatic brain injury. He told me how his best friend from his time in the military recently committed suicide.

And there we were, riding in a Dodge pickup, through the gritty nighttime rainy streets of Syracuse, NY, and it was impossible for me to blink away the machinations of my country. My driver told me about his TBI, his facial disfigurement, his stress condition, and the ongoing difficulties he has had with the VA to get the help he needs.

I’ve not been to war. But I know the cage we’re forced to stare at.