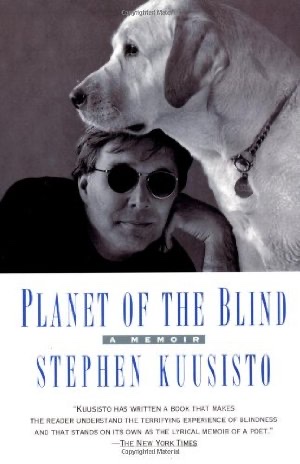 There are many ways to fail at your chosen profession and lord knows if you’re a reader of fiction you’ve seen how this is inevitably a feature of narrative. Ahab chases whales but he’s not a leader; Vronsky; Charles Bovary; the novels of Dreiser; Fitzgerald; Faulkner; Edith Wharton; George Eliot–the list is necessarily long.

“Failure is the condiment that gives success its flavor,” Truman Capote once said and why not? For every tragic tale there’s a comedy where things work out for the losers but let’s be honest: tragedy is the thing that sells. Comedy is simply desert. Boiled Billy Budd is always the main course.

Writers know better than Human Resources types that in America working is about the damp squib as the British like to put it. It’s the prospect of fizzle that keeps laborers in a nearly endless state of productive terror. The drama rests in ascertaining how long the victim can endure. The characters in Richard Russo’s excellent novels come to mind. Faced with a hundred collapsing structures–dying towns, rural drug abuse, prison pipelines, insufficient employment, broken marriages, shell shocked existentially ruined children, how long will the main character last?

As a disabled man who’s had his share of employment pain it’s this last question I find most interesting not because I think I know the answer but simply because the disabled who are lucky enough to have jobs in the United States must endure hostility from the structural dynamic that employs them. We call it ableism nowadays, signaling the overt and structural disdain for disability itself, a matter that functions like racism and all other bigotries–offering an “off stage” narrative that the cripple really shouldn’t have her job at all. And then: “let’s watch her fail.” And then: “let’s help her fail.”

In July of 2000 I took a job as a teacher of creative non-fiction writing in the graduate school at The Ohio State University in Columbus, Ohio. What I didn’t know was that my job offer came as a result of larger influences–the faculty of the overlord English department wanted me, for I was famous, and yes, I’d add to diversity awareness. The creative writing faculty with whom I’d be working didn’t want me at all. They were outvoted. Generally job applicants don’t know these things. I certainly didn’t.

Ah but what came next was the incitement premium as Freud calls it–the thing–the pendulum that sets the story going. A woman on the creative writing faculty spread the rumor that since I’d been “out of the academy” for five years (raising money for a major non-profit after a decade of distinguished teaching) that it would clearly prove to be the case I didn’t know how to teach. She still works there and she’s still a gossip. She’ll gossip about the love lives of her grad students; tell stories about other faculty, many of them as hopeless as any of Trump’s “alternative facts” but I digress.

She asked her “besty” grad student, her most obedient hench-woman to take my very first grad class in nonfiction. She essentially took the class as a spy.

Back to disability: if you’re blind you need technology to do your job. I didn’t get my talking laptop and scanner for about two weeks. I taught for two weeks by having students read aloud their work.

The grad student spy quit the class after one week for her mission was done. She reported to her doyen of discrimination that I didn’t know how to teach for I was asking the students to read aloud.

The narrative that I was insufficiently sophisticated, nuanced, skilled, and discerning was now official. Gossip Queen spread it like lice in a locker room.

The grad student in question has gone on to have a career as a writer and professor with a special focus on queerness. But she’s a rank and file ableist and therefore nothing more than a single issue politician. When tragedy is the dominant vehicle you need single issue politicians as part of the plot. Billy Budd is not possible without such characters.

Meantime it’s been twenty years and I’ve had a fairly good run of it. I left Ohio State for a senior post at the U of Iowa and now hold a professorship of some merit at Syracuse University. Compared to the 80 per cent of the disabled who remain unemployed I’ve been damned lucky.

But I still feel the unjust, sinful, predatory, moist fish of academic ableism. And as I look around me I see very very few disabled faculty in the ranks.

Several of my former students both at Ohio State and Iowa have gone on to have careers in the academy. I wonder how much they know about being disabled in the fog factory as Kenneth Rexroth called the University?

If you’re disabled make sure that the MFA program you attend isn’t crammed with fatuous, self-promoting, third rate stuffed shirts and blouses who think the only place for disability in writing lies in the veneration of cheap tragedy in some novel somewhere.