In a post entitled “The Best Years of Our Lives: What Hath Reagan Wrought” the redoubtable Lance Mannion writes about coming of age in the era of Ronald Reagan’s presidency. Mannion argues that today’s Washington apparatchiks grew up thinking that Reagan was the first successful president–not merely in their green lives, but “ever”–for President Reagan made our nation and its latter day baby boomers feel good. The Mannion take is that there are multiple grim ironies contained within such temporizing and it is not my place to recount them here. Read Lance. But what got me thinking on this rainy morning in Iowa City is just how different my “take” was on Reagan’s ascendancy, though I was comparatively young in those days. (I was 25 years old in 1980). Here is a photograph taken in Iowa City of Lance Mannion and yours truly, circa 1983 lest you doubt my former youth. (I’m the one wearing the Coca-Cola tee shirt which, as I recall, made some kind of pun about cocaine, but that was long ago and memory fails.) But of course memory doesn’t fail.

But Of Course Memory Doesn’t Fail: Mannion and Kuusisto in Iowa City in the Reagan Years

On the night Reagan was elected in November of 1980 I drank nearly a whole fifth of Jim Beam and as the news was confirmed on TV I fell into my friend Jim Crenner’s fireplace. Jim is a poet and a remarkable one at that. As the Reaganites were bellowing on CBS I began tossing ashes over my head and proclaiming that the end of civilization was at hand. Jim of course tried to take the long view, a democratic one, to whit: nothing much changes regardless of the executive branch, really, nothing much had happened. (Paraphrase mine.) But I was having none of it. I stumbled from Crenner’s house saying that a wholesale attack on the vulnerable was about to occur. I should say that it wasn’t prescience put me in mind of that view, nor was it the whiskey. My father was a political scientist and he had been tutoring me on Reagan’s heartless and vindictive version of Goldwater-ism. Reagan was out to destroy the New Deal and to create a vast, unemployed and uninsured underclass. As I lurched from Jim’s house I knew that this was precisely what Reagan would do.

I belonged to the first generation of baby boomers rather than the second. Boomers can be divided roughly into to camps: those born before 1958 and those born after. The fifties boomers grew up in the sixties for better or worse. They saw JFK and Malcolm X and Martin Luther KIng Jr. and Bobby die. As a pre-sixties boomer  I did not embrace the “morning in America” sentimentality that many young people were prey to as the Reagan era unfolded. I saw that you had to be born after 1962 to be sufficiently detached from the lessons of LBJ and Watergate. 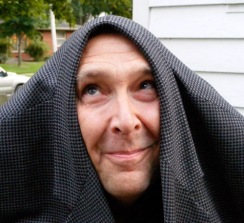 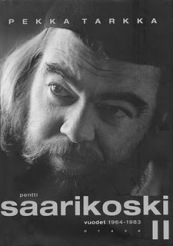 How I Spent the Reagan Years

The first thing I did after Reagan’s election was to leave the country. I went to Finland on a Fulbright Scholarship and spent most of my time in Helsinki reading the poetry of Pentti Saarikoski. Saarikoski, who died young from the effects of alcoholism was a trenchant observer of the cold war and geo-politics and he could infuse these forces into personal lyrics of great beauty. Some have described Saarikoski as the first post-modern writer. I will simply say that he saved me from the acrid stink of Reaganism with its covert operations in Nicaragua (with the sponsored burning of orphanages) or the eminent falsehoods about the military buildup in the Soviet Union (which couldn’t find double “A” batteries for its flashlights much less “threaten” the west and which would have collapsed without our feeding the already bloated U.S. military-industrial complex).

(Late in his life my dad observed that it wasn’t Reagan who brought down the Soviet Union, it was The Beatles.)

After the Fulbright I came home to the U.S. and went back to Iowa City where I’d done my graduate work in poetry writing at the Iowa Writers’ Workshop. I kicked around taking graduate courses in literature and trying desperately to keep my head screwed on. As Reagan’s evident heartlessness toward the poor and the middle classes began to take root we heard about small farmers committing suicide, about rampant homelessness across the country, about the cruel treatment of the mentally ill “turned loose” on the streets without medication or hope. One tried to imagine the nation waking itself much as the poet Pablo Neruda once hoped that the ghost of Lincoln would wake up.

Our ragtag team of graduate students protested apartheid and we took over the administration building at the University of Iowa, demanding the school divest in companies doing business with South Africa. We protested the “Contras” in Nicaragua and U.S. support for the cruel regimes in El Salvador and Chile. We organized. We made telephone calls. Many of us worked on Iowa Senator Tom Harkin’s first campaign.

The older boomers were different from the younger ones. When Reagan was re-elected in 1984 a University of Iowa fraternity held a beer bash “to watch the states fall” (no irony). Those were the kids born after 58–more or less.

They were different from us types. I remember having a hard time understanding them. They seemed to have a new disdain for civics and to fully embrace the idea that living in America was about feeling good. I recall trying to quiz them about it and sensing that most of the younger boomers didn’t know what feeling good meant. There was no noblesse oblige about it. The best they could say was that it was about money. They didn’t come from money those kids but they believed that Reagan was opening a new spigot of dough just for them. When you pointed out that Reagan was making it harder for middle class kids to go to college they just crossed their eyes at you in mock delirium. You were just a spoilsport if you didn’t feel unambiguously good about America. In 1987 when Reagan nominated Judge Robert Bork for the Supreme Court I was teaching at my undergraduate alma mater, Hobart and William Smith Colleges in Geneva, New York. Because I was teaching a course on social satire, and owing to the fact that we were reading Kurt Vonnegut Jr. and Francine Prose, I thought it was appropriate to crack a joke. I said: “How can you nominate someone to the Supreme Court whose name sounds like a fart in a bathtub?”

I was promptly reported to the college Provost for having the impudence to make such a remark. Mock delirium indeed.

I was far away from the Reagan kids. I saw that they were without political courage and devoid of humor. Lance Mannion’s piece argues that these same folks are now a political force all their own. 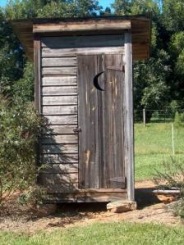 What I Said to the Provost

The Provost (who was a Princeton man, who wore his necktie tucked inside the topmost buttons of his Oxford shirt) asked me if it was true that I had employed bathroom humor while discussing Judge Bork in a class.

“Yes I did,” I said. I added that we were studying onomatopoeia.

0 thoughts on “Reagan and the Latter-Day Baby Boomers”