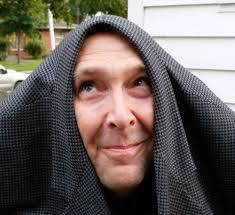 In the good old days when Greeks were busy ostracizing the club footed and blind, a strapping philosopher could finish off the biz of booting the less fortunate into the woods by dousing himself in salad oil and having a grand old time in the Agora. This of course required other strapping philosophers. Thus, the begining of all academmic conferences.

Nowadays when disabled academics wonder why university sponsored conferences are so uninviting they imagine it has something to do with a failure of administrators or professors to understand the implications of the Americans with Disabilities Act. But really its all about the salad oil.

Generally I think the disabled scholar is like Djuna Barnes’ depiction of the servant girl:

We are beginning to wonder whether a servant girl hasn’t the best of it after all. She knows how the salad tastes without the dressing, and she knows how life’s lived before it gets to the parlor door.

One way to think about academic conclaves, whether it’s the Associated Writing Programs gala or the Notarized Academy of Philosophes is that there’s an overwhelming tendency among the organizers and participants to imagine the mind as being sweetly disengaged from embodiment, hence de-politicized even as words like race or gender or sexual orientation are employed as markers of subjectivity. This is what the philosopher Bryce Huebner calls a “de-worlded” approach to conceiving of mindfulness. And so we’re not far from the old agora. Another way to think of this is that in Western intellectual tradition disengagement from embodied mind (which is always assumed to be an advantage because, after all, the gods live above us) can only be accomplished through the agency of a healthy and desireable body.

Back to Bryce Huebner:

…research on disability often reveals patterns of entrenched bias in the formation of hypotheses and in decisions about what counts as a signal and what counts as noise. For example, the tacit assumption that cognitive disabilities are deficits makes it easier to treat these disabilities as defects and to design experiments that target the existence and stability of such defects. This perspective obscures the fact that neural differences are the result of biological variation in the human species. This perspective also makes it difficult to consider the ways in which social and material structures contribute to the emergence and stability of observed deficits. Consequently, it’s harder to entertain hypotheses about the full suite of capacities that arise as a result of different forms of embodiment. I think philosophers and cognitive scientists could benefit from thinking about (for example) the impact of things like early intervention and education on Down syndrome and about the results of research on autism carried out by teams with autistic members. These cases promise to open up new hypotheses; and that strikes me as a good thing!

Academic conferences are not generally aware of their role in the enforcement of social and material structures that codify and delimit physical differences.

And the happy conferees go back to their home institutions oblivious, uplifted by encodements of normalcy, and teach deficit embodiment though the poor dears scarcely know it.