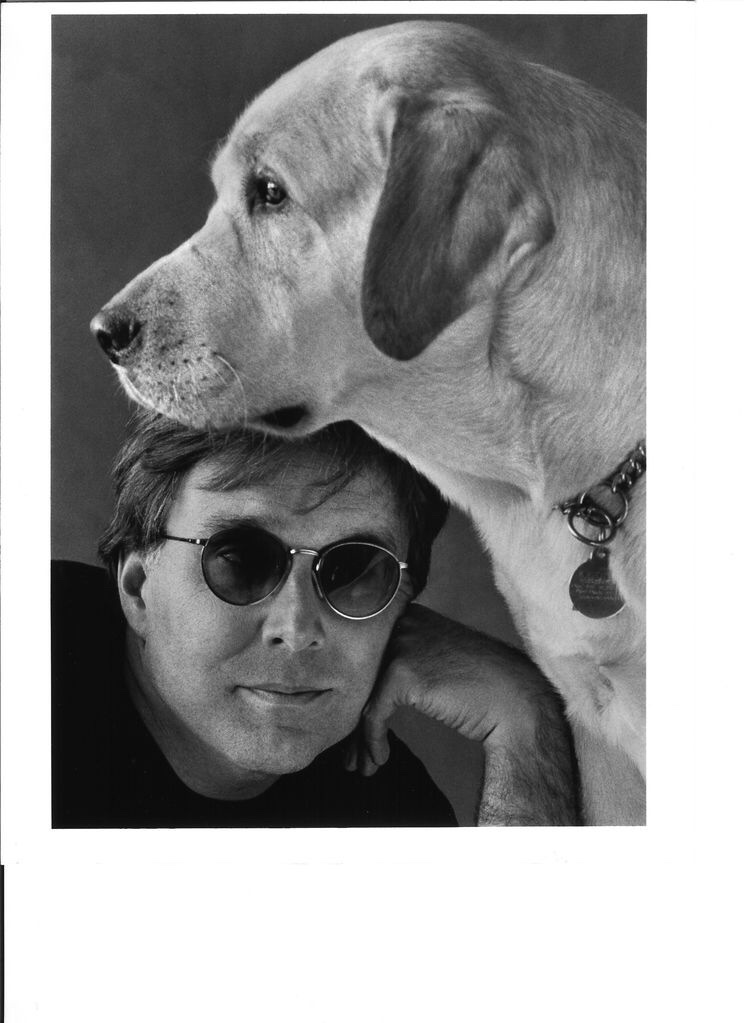 Civic life with a disability is like standing under a proscenium arch. It’s a theatrical affair. Some places accept you and some do not. Being admired as a blind traveler or customer is gratifying. Facing opposition and even some occasional contempt is terrible. In general daily life is an upside-downside game.

Upside-downside is the true “national pastime” of the blind. When I got my first guide dog “Corky” I found I had to play it whether I liked it or not. At first I thought “upside” was easy. The doorman at the Algonquin Hotel on 44th St. in New York loved the very sight of us as we uncoiled from a taxi, man and dog in a tangle of leash and luggage, Corky wagging, ears up, actually appearing to smile, so happy to arrive. “We’ve here big dog,” I said. And the doorman was equally pleased because he and Corky had locked eyes and were experiencing a companionable felicity. “Now that’s a great dog!” he said, “she’s a champ!” We stood together on the sidewalk and Corky looked more observant than any ten dogs and the doorman said again, “that’s a great dog!” Then he remembered where we where and said, “Welcome to the Algonquin!” This was our first hotel as a guide dog team. It was going very nicely. The doorman was named Charlie. He wore a top hat and a black coat with gold braid. He appeared pleased both with his job and our sudden appearance. Upside: welcoming man. Upside: this reception was real and at the front desk Charlie introduced us as Stephen and Corky the Champ.

He insisted on showing us the hotel. We saw the Rose Room and the famous Round Table where in the 1920’s writers Dorothy Parker, Robert Benchley, George S. Kaufman and others assembled daily for lunch and savage gossip. In the dark Edwardian lobby Charlie introduced Corky Champion to Mary Bodne, widow of the hotel’s former owner Ben Bodne. Mary in turn introduced us to Matilda the hotel cat. Corky was suitably unimpressed.

This was the upside, a sweet and wholly legitimate familiarity between a guide dog team and others. Only a cynic would find something wrong with it. Strangers were glad to see us. They were especially pleased to see a dog in a place where dogs might not ordinarily be seen. Any working dog is a wonder. All working creatures prove what people who love animals already suspect—that the animal kingdom is smarter than we’ve previously imagined.

Proscenium arch. The upside role of a dog handler is to acknowledge the affection and admiration of friends and strangers alike.

I took a walk. I decided to visit a computer store.

As we pushed through the door a security guard put his hand on my chest. “You no come in, no dog,” he said. I didn’t know it then but this moment would become a regular part of my life—as routine as breaking a shoelace.

I pressed forward and the guard let go. We were in a dance of folly. He shouted in broken English, “no no no!” Customers stared. There was a fractional instant of silence. Then the rush of ordinary noise returned. The nominal buzz. Ambient and reassuring. “No no no no!” He really was shouting.

Over time I’d come to call such moments “culture shadows” and recognize these social obstacles demanded that I learn to understand civic life—life under the proscenium arch would require a confirmatory, forgiving toughness. My civil rights and the security guard’s lack of education were equally delicate and equally the products of culture. I didn’t know where the guard hailed from, but his accent sounded East African. How could he possibly know about guide dogs? He couldn’t. And the store’s managers hadn’t given him information. All he knew was “no dogs allowed” and there I was, with a big assed dog. As we stood in the doorway I saw it would be my job to foster dignity for both of us. They hadn’t taught me this at guide dog school; they’d given me a booklet with the access laws—a useful thing. I had the right to go anywhere the public went—but no one had mentioned emotional intelligence or how to engage in mediation.

I made Corky sit. “Listen,” I said, softly, “get the manager. This will be okay.” “This is a special dog for the blind.” As the poet William Carlos Williams said, “no defeat is entirely made up of defeat”. I wanted to turn our misunderstanding into something dignified. “Let’s have a productive defeat,” I thought.

The manager was one of those men you see all the time in New York stores: sadder than his customers, red faced and put upon. He had a scoured toughness about him. He approached and began shouting at the guard. “Its a seeing-eye dog for god’s sake!” “Let him in!” “Sorry, sorry!”

My fight or flee rush was subsiding—I wanted all three of us to experience kindness.

I was in the proscenium of a dingy computer store and dignity was in peril. It would have been easy to say “fuck it” and look out for myself alone. I got into the store. But I didn’t feel that way. The guard’s name was Ekwueme. My name was Kuusisto. The manager’s name was Phil. “Listen,” I said, “dogs for the blind are not common, you don’t see them every day. This is Corky. She’s very smart.” I decided Corky could be the ambassador. I let my voice be kind. Ekwueme and Phil both pet Corky. A customer approached, said: “I’ve raised puppies for the guide dog school! Best dogs in the world!” Phil seemed suddenly pleased, as if he too was philanthropic, or could be. Ekwueme admitted he loved dogs. I’d been slow to feel good about my disability but I was going to make up for lost time.

Outside with a Toshiba laptop under my arm I reckoned my life with Corky was more complex than a simple story of accessibility. Corky and I walked slowly south on Sixth Avenue and I felt radiant love. Ekwueme and Phil would become legion in my travels but I didn’t know it yet. What I did know was reflected in a quote I’d always liked from Martin Luther King: “An individual has not started living until he can rise above the narrow confines of his individualistic concerns to the broader concerns of all humanity.”

Being in the world as a service dog user meant something more than merely honoring my own rights. I could sense that.

I didn’t have to see the whole staircase. It was enough to know others like Ekwueme were also climbing it.

Upside-downside is a complicated game.

One thought on “Boy Oh Boy, What a Stage Presence You Have”